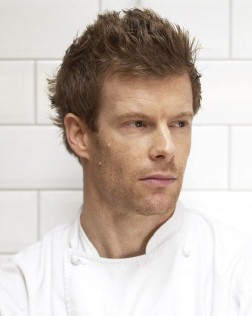 Tom Aikens has created a number of fabulous recipes using Borderfields Cold Pressed Rapeseed Oil, and uses it in his restaurant kitchens as well as at home.

A keen supporter of Borderfields ‘Nourish and Flourish’ campaign to promote healthy eating a few years ago, Tom has remained a fan of the brand ever since.  “When we are working in the kitchen we tend to use a lot of different vegetable based oils; both professional and domestic kitchens use oil pretty much every day, but I think it’s brilliant to be able to endorse an oil which is great for people’s health and lifestyle – Borderfields Cold Pressed Rapeseed Oil is the perfect option.”

Tom Aikens is undisputedly one of the most exciting chefs in the UK. Although he has been cooking since the age of 16, it was when he launched his own eponymous restaurant in London in April 2003 that he truly sealed his culinary reputation. Over the years, his career has taken him to the likes of David Cavalier’s in Battersea, Pierre Koffman’s La Tante Claire, Pied-a-Terre and Joel Robuchon in Paris.

Tom currently runs Tom’s Kitchen, which has four sites across London – and one in Istanbul – and prides itself on using the “very best seasonal and locally sourced ingredients wherever possible. The restaurants work with British suppliers and farmers that are passionate about growing as the chefs are about cooking.”

He also oversees three other restaurants abroad in Hong Kong and Dubai, including The Pawn, Pots, Pans & Boards and The Fat Pig.