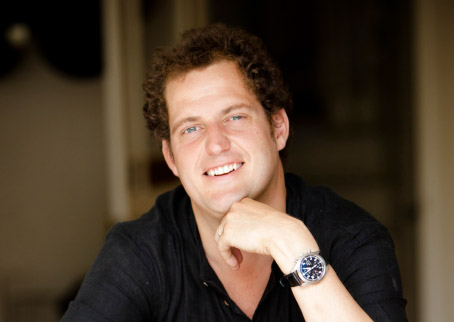 Valentine Warner was first introduced to Borderfields Cold Pressed Rapeseed Oil whilst filming for Sky with Kenny Atkinson about five years ago and lent his support to Borderfields’ ‘Nourish and Flourish’ campaign to help improve the daily diet of the average family in the UK.

A fan of cold pressed rapeseed oil for both its cooking qualities and health benefits, Valentine is now a convert to Britain’s favourite yellow-hued oil.

“I was always in two minds about rapeseed oil and thought I wasn’t keen on it, but I came across Borderfields and really liked the taste. It has a great flavour and a nuttiness that really comes through in a dish- it’s quite light and not as heavy as other rapeseed oils out there. I tend to eat it simply drizzled over dishes. It makes a fantastic dressing for something like venison salad and it’s just a great alternative to the other oils on offer.” He also loves the fact that it’s 100% British.

“It’s always nice to use products made in your own country. We use ingredients every day that come from other places, and because we still don’t produce olive oil in the UK it’s brilliant to have access to an alternative.”

“Even though I’m a cook who loves eating great-tasting food even if it’s not very good for you, the health benefits of rapeseed oil can’t be ignored. A lot of people nowadays are concerned about eating healthily, so it’s great that Borderfields is both delicious and good for the body. And for those that aren’t so worried about their health, it tastes good and that’s all that matters!”

Valentine has previously acted as a contributing chef to BBC2’s ‘Great British Food Revival’ series and ITV1’s ‘Love your garden’ series with Alan Titchmarsh. He also presented his own series ‘Valentine Warner: Coast to Coast’ on the Good Food channel in 2011, where he travelled the country fishing and cooking his catch.

Valentine writes a regular column for Countryfile and Delicious magazines and has written for The Times, The Independent, Olive, Waitrose Food Illustrated to name a few.