Shining a Light on Scottish Rapeseed 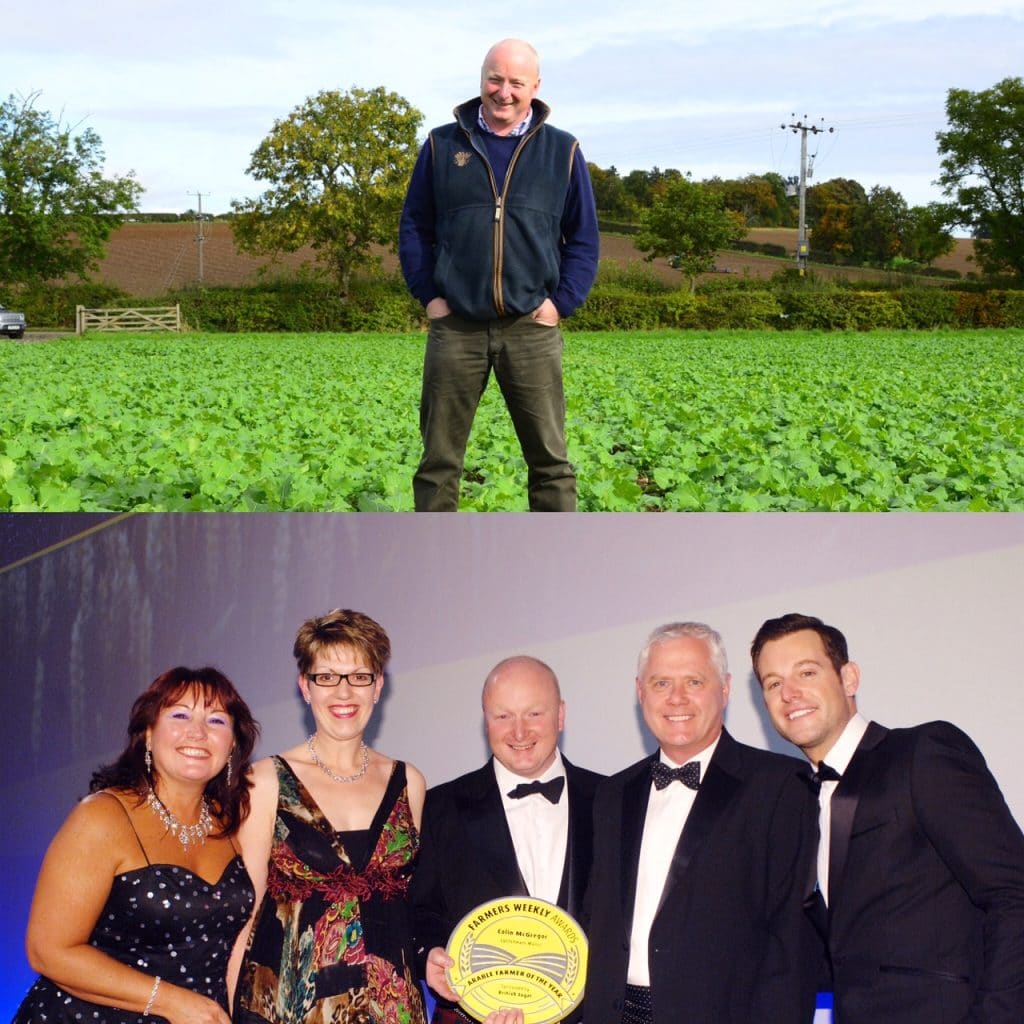 The Borderfields business has covered a huge amount of ground, quite literally since starting out in 2005 but we are true to our roots, respect our beginnings and continue to work closely with one of our founder shareholder/growers, McGregor Farms in the Scottish Borders.

The McGregor’s have been farming at Coldstream Mains, Berwickshire for nearly a century. Colin and his wife Jill, 3rd generation farmers who were instrumental in setting up the Borderfields business continue to grow our premium quality seed as they have done for over a decade.

The McGregor family history is heart-warming and inspiring, and their dedication to the land and crops resonates through the whole farming business. They have farmed at Coldstream since 1927. Originally a dairy farm until the cows were sold in 1965 and the focus shifted to arable crops and also some soft fruit from 1976 until 1993. In 1978 Colin sadly lost his father and not too long after, once he had left school, took over the day to day management of the business. Now with over 8000 acres of land to manage the business is much larger and with Winter Wheat, Winter Barley, Spring Beans, Vining Beans and Potatoes all part of the crop rotation there is never a dull moment.

With such a large area to farm it can be a challenging job but with the elements on their side and the right amount of rainfall, the benefits of a successful crop can be extremely rewarding. Every Autumn the Scottish oilseed is sown and during the winter months it’s important to keep an eye on pesky pigeons in particular as they are extremely fond of feeding on the tasty leaves! The yellow leaves you see filling the fields in spring is the rapeseed in bloom which is normally from mid-April for approximately 6 weeks and finally, the oilseed rape is ready for harvesting in August. Once the seeds have been combined they are transported and kept in top of the range temperature controlled facilities in preparation for pressing. Our Borderfields trailers are just perfect for the final stage of the process, taking the finished product to our customers.

Only the best Scottish seed is selected for our premium product and the variety grown in the Borders is kept a closely guarded secret. We chose our seed based on a number of criteria not least because it produces the best consistently rich, smooth, buttery flavour. But it also grows tremendously well in Scotland which has the best climate for the type of seed. All grown under Scottish Quality Cereal protocols, the business is also LEAF accredited (Linking Environment And Farming) and assurance that produce is sustainably grown with care for the environment.

Decades of expertise in ‘best practise’ farming gives us confidence that Borderfields Scottish seed is meticulously managed and nurtured throughout, from planting to harvest. And don’t just take our word for it, in 2011 McGregor Farms won the Farmers Weekly ‘Arable Farmer of the Year Award’ and more recently in 2016 ‘Progressive Farmer of the Year’ which took place at the House of Commons in London.